Dry Hire Versus Wet Hire: The Pros & Cons to Consider

Choosing the Right Crusher for Your Operations

A List of Our Most Popular Crushers for Sale/Hire 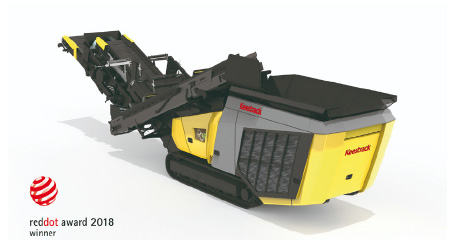 Following its world premiere at Intermat in Paris earlier this year, the new track-mounted Keestrack R3e impact crusher has been officially handed an international Red Dot Award 2018 prize in the “industrial equipment, machines and automation” category.

The Red Dot product design awards are some of the world’s most prestigious honours.

Aside from Keestrack, suppliers to the extractive industry that have won awards in the past for innovative designs are Hartl Crusher, Liebherr, Sandvik and Volvo Construction Equipment.

The award was presented to the Keestrack delegation at the Red Dot Award Gala in Essen, Germany, in early July.

Besides the striking design – which will characterise all future models in the new series from Keestrack – the designers have also implemented innovative ideas for operation and industrial safety, as well as integrating multi-stage production steps and a forward-looking fully hybrid power unit in a compact, highly mobile machine concept.
The two-year project was led by Keestrack chief executive officer Kees Hoogendoorn. It encompassed the initial designs and scale studies, the 1:20 model presented at Bauma 2016, and the comprehensive prototype testing from the summer of 2017.

Industrial designers of the famed Austrian design bureau RDD Design Network supported the design and production specialists of Keestrack Engineering in Austria and the company’s production facility at Šternberk, in the Czech Republic.

For more than 20 years, the specialists led by Rainer Atzlinger have supported international companies from a wide variety of industries – such as automotive, mechanical engineering and construction – in the design of sophisticated industrial products, with both aesthetic and functional qualities. 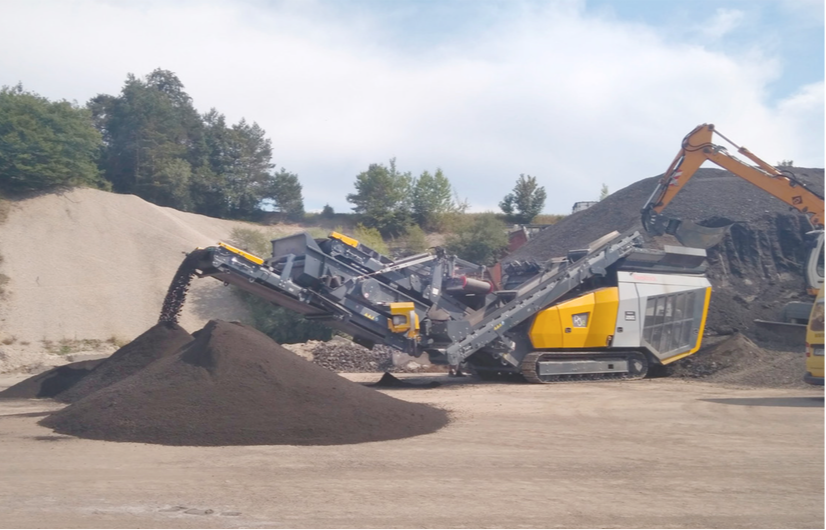 Besides the characteristic double-sided boomerang, which has been part of Keestrack’s logo for the past two years, the key design features of the Keestrack R3e include extensive body panelling made of modern composite materials. Light, yet ruggedly built, they meet the rigorous demands of daily work on-site.

Simple and wide-opening flaps and door units afford easy access to the machine and drive components below, optimising the operation and daily maintenance of the 250 tph crusher.

According to Keestrack, a major challenge was integration of the fully hybrid electric drive without the enormous impairment of the characteristic operating weight and transport dimensions of machines in the 30-tonne class.
Despite the 300kVA surface-mounted generator and two electric motors, for the all-electric drive of all machine components from the on-board diesel engine or mains power, the Keestrack R3e weighs just 32 tonnes, even when fully equipped.

In addition to an active pre-screening unit, the equipment also includes a magnetic separator and an efficient 4.4m2 single-deck post-screening unit with an oversize material recycler, to ensure efficient production of high grade final product sizes.

“We were really impressed by the large international attendance at this year’s show,” said Michael Brookshaw, Keestrack’s global distributor manager.

“We met numerous expert visitors from all over Europe and our overseas market regions, including the Americas and Asia, all of whom acknowledged our global approach in supplying the highest standards in productive mobile crushing and screening.”

Today, Keestrack’s range of quarrying and recycling applications includes more than 20 models, offering production rates from 200 tonnes per hour up to 1200 tph. Almost all models are available in diesel-electric or full-electric options.

On the stand at Hillhead, the fully hybrid H4e cone crusher highlighted Keestrack’s philosophy of delivering the most flexible mobility with consequent productivity. Still unique in the market with its optional three-deck hanging screen, the fully equipped plant weighs 46 tonnes (35 tonnes without options), offering easy one-piece road transport and fast relocation on site.

For flexible autonomous operation, the Keestrack H4e is equipped with an on-board diesel engine (345kW EU-IV or 328kW fixed speed EU-IIIA) that drives a 330kVa alternator, providing power to the 132kW electric motor of the crusher drive and to the separate 45kW E-motor/pump unit for all hydraulic drives on the plant (tracks, fans, screens, hydraulic cylinders etc).

Without starting the diesel, this set-up allows the plant to operate fully “plugged in” from the mains or from an external gen-set, resulting in energy cost savings of up to 70 per cent compared with conventional diesel/hydraulic plants. As an option, the H4e diesel/alternator combination is available as a detachable drop-off unit. Remotely positioned during operation, this reduces dust and vibration loads for the drive unit.

The Keestrack H4e features the KT-H4 cone crusher, adapted and supplied by one of the world’s leading cone specialists. The fully automated unit produces up to 250 tph at a maximum feed size of 185mm, while the wide variety of concaves allows for high flexibility in the secondary or tertiary production of highly defined end fractions.
To optimise production, the plant can be optionally equipped with a pre-screen with fines chute and with a highly efficient three-deck secondary screen module with recycling conveyor for closed-circuit processing.

The local distributor of Keestrack mobile plant in the Australian market is Bost Group in SA & WA with Rental Australia wide and Screenmasters Australia in QLD, NSW VIC, Tasmania and NT.